Giant striker Lacinda Traore scored in first-half stoppage time to give Anzhi Makhachkala a narrow 1-0 victory over a youthful Liverpool side. 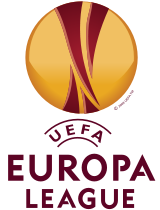 The 6ft 8in Ivorian produced the game's one moment of class as he lifted the ball over Sebastian Coates, before lofting a bouncing ball over the advancing Brad Jones to lift the the mega-rich Russian side to the top of Group A and deliver a blow to the Reds' hopes of qualifying for the knockout stages of the Europa League.

In their places, Rodgers named an inexperienced side containing no fewer than nine Englishmen, with 19-year old midfielder Conor Coady handed his debut and 18-year old striker Adam Morgan given another chance to impress. Birthday boy Joe Cole, who was celebrating turning 31 years old, was also handed another opportunity to stake a claim for regular first-team football.

With Anzhi's stadium in Dagestan failing to meet UEFA's safety criteria, the match was switched a massive 1,250 miles to Moscow, meaning there was a sparse crowd of only 15,000 in the Lokomotiv Stadium.

Despite an average age of only 24, even after the inclusion of 34 year old Jamie Carragher, Liverpool's youngsters acquitted themselves well early on, confidently knocking the ball about with Jonjo Shelvey particularly impressive in a central midfield berth.

Midway through the first-half, the visitors should have been rewarded for their bright start, when a fine move saw Morgan show good strength to play the ball through for Jordan Henderson, only for the £16m midfielder to see an attempted pass to Cole cut out when he would have been better served going for goal himself.

That spurred the home side into action with former Chelsea left-back Yuri Zhirkov robbing Andre Wisdom before teeing up Samuel Eto'o, whose effort was well turned over the bar by Jones.

With chances few and far between on an icy-cold Moscovian night, the game looked to be heading for the break goalless until the hosts struck in stoppage time.

Mbark Boussoufa played the ball into Traore, who produced a deft touch to flick the ball over the head of Reds' defender Coates. The striker then ran onto the ball and with keeper Jones coming to the edge of the box, Traore confidently lobbed the bouncing ball over the Reds' keeper into the empty net.

The goal was harsh on Rodgers' young side who, by playing with five at the back, had stifled their opponents during the first period, though they did manage to regroup with Morgan firing into the side-netting shortly after the restart.

Buoyed by the breakthrough though, Anzhi upped their tempo with Eto'o, who was occupying a deeper role to the one in which he has made his name, curling an effort wide of the post, before Rasim Tagirbekov fired just wide of Jones' upright.

On the hour mark, Rodgers made a double substitution with Spanish duo Suso and Daniel Pacheco coming on for Coady and Morgan.

The change immediately saw the Reds gain greater possession with Suso's guile and creativity giving the Reds a new-found threat.

They nearly found themselves two-down though with 15 minutes remaining when Arseni Logashov's fine cross found Traore, who headed straight at Jones, when a yard either side would have seen the Reds' keeper beaten.

Liverpool responded with Suso skipping past a couple of challenges before unleashing a powerful left-foot shot which Anzhi keeper Vladimir Gabulov couldn't hold, but recovered well to block Cole's rebound.

It was the last piece of action for former England midfielder Cole who despite offer a good level of workrate, once again struggled to make any impression on the game and continues to disappoint in a Reds' shirt.

With the game now starting to stretch, Traore broke clear only to shoot wide of the post, before Henderson curled an effort harmlessly wide for the visitors.

The last 10 minutes saw Liverpool increase their efforts in search of an equaliser, but as has often been the case this season, their lack of a cutting edge, worsened with the omission of top-scorer Suarez, saw them fail to seriously threaten their opponents' goal.

Despite Liverpool fielding a largely-unrecognisable eleven, the final whistle saw the hosts celebrate victory as if they'd played one of the great Reds' sides of the past.

The victory saw Guus Hiddink's men replace the Reds as group leaders, though Young Boys win over Udinese in the group's other game still leaves Rodgers' men handily placed for qualification to the knockout stages.

A win at Anfield over the Swiss side and anything but a Udinese win in Anzhi would see Liverpool qualify with a game to spare. And with the European adventure being used as an opportunity for Rodgers to rest star players and introduce youngsters, that scenario would prove almost perfect for the Reds' boss.
Email This BlogThis! Share to Twitter Share to Facebook
Newer Post Older Post Home