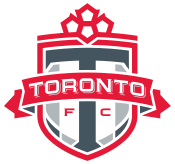 Craig Bellamy produced a fantastic individual performance as Liverpool reached Wembley for the first time since 1996. 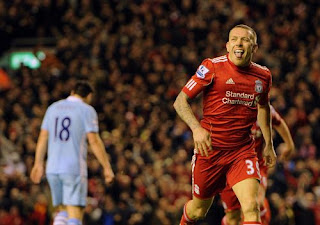 The Welshman returned to Anfield in August after falling out of favour at Manchester City. and he came back to haunt his former club by netting a 74th minute equaliser to send Liverpool through on aggregate.

With the Reds holding a slender 1-0 lead from the first leg at The Etihad Stadium, a packed and vociferous Anfield was ready for another famous semi-final night. Despite publicly lambasting his side following Saturday's abysmal 3-1 capitulation at Bolton Wanderers Reds' boss Kenny Dalglish resisted the temptation to make wholesale changes to his starting eleven, deciding on only a couple of alterations, with Dirk Kuyt and Stewart Downing coming in for Maxi Rodriguez and Andy Carroll. For the visitors, the decision not to appeal Mario Balotelli's 4-game ban for his weekend stamp on Scott Parker, meant manager Roberto Mancini was unable to call on the services of his enigmatic Italian. Mancini did spring a surprise though, by naming Sergio Aguero on the bench, instead opting to revert to a back three as well as bringing in defensive midfielder Nigel De Jong.

The second half of the first leg saw Liverpool in defensive mode as they held on to the lead given to them by Steven Gerrard's penalty. If people expected Dalglish to deploy the same tactics, then they were mistaken as the home side immediately took the game to the Premier League leaders.

Only four minutes had passed when the ball ricocheted into the path of left-back Jose Enrique eight yards out. Unaccustomed to finding himself in such an advanced position, Enrique controlled the ball with his chest before prodding goalwards, only for Joe Hart's legs to block, with Downing firing the rebound high wide and not very handsome. Charlie Adam was next to test the England keeper, when Hart was forced to save low to his left from the midfielder's 20-yard drive.

The home side's main attacking threat was Bellamy. Asked to lead the line on his own against City's back three, Bellamy was a constant threat. His pace, directness and, above all, his desire, caused the City backline, in particular Montenegrin Stefan Savic, all sorts of problems. The forward was narrowly caught offside when despatching past Hart, whilst he also forced the City stopper to tip an effort over the bar.

The first half hour had been dominated by the Reds, with the only glimmer of life from the away side coming when Adam appeared to foul Edin Dzeko in the box. But, on 31 minutes, City shocked the Anfield faithful by taking the lead. Spanish playmaker David Silva worked space before moving the ball inside to De Jong. With no-one closing the midfielder down, De Jong let fly from 25 yards and, despite slipping as he hit it, his curling shot flew past Pepe Reina to level the tie.

To their credit, Liverpool didn't panic, with the pattern of the game reverting to the Reds being camped in their opponent's half. Four minutes before half-time they were rewarded as they regained the aggregate lead.
Daniel Agger's goalbound shot struck the leg of the outstretched Micah Richards, before rebounding onto the arm of the City defender. Referee Phil Dowd harshly pointed to the spot, but despite the City appeals, Reds captain Gerrard stepped up to comfortably beat Hart from 12 yards for the second time in the tie.

As Anfield got it's breathe back during the half-time interval, Mancini put Savic out of his misery, replacing him with Aguero as the visitors opted for a more attacking line-up. But, as in the first half, it was the home side who looked the more threatening, with Hart single-handedly keeping City in the tie.

First, he saved from Bellamy, then he further enhanced his reputation as one of the finest keepers around when he produced a magnificent reflex save to tip Martin Skrtel's prodded effort over the bar. A hat-trick of high class saves was completed when Downing's volley from six yards was turned away by the impressive keeper.

As it looked more and more likely that Liverpool would extend their aggregate lead, City repeated their trick of striking against the run of play. Aleksandar Kolarov's fantastic 67t minute cross from the left bypassed everyone, allowing Dzeko to tap in at the far post to put City 2-1 up, and ahead in the tie on away goals, a factor which would come into play at the end of extra-time.

Once again though, Liverpool refused to panic and struck back only seven minutes later. After good work down the right, Kuyt cut in and rolled the ball to the feet of Bellamy. The diminutive striker played a wonderful one-two with Glen Johnson before side-footing a left-foot shot past Hart, to put the Reds 3-2 up on aggregate.

With two minutes to go, Bellamy left the field to a deserved standing ovation. In his second spell at Anfield, the Welsh forward has proved a shrewd signing, with this the latest in string of impressive performances. In what reads like a fairytale story, Bellamy will now take his boyhood club to his first Wembley appearance where they will play his hometown club, and the team for which he was on-loan last season, Cardiff City.
Email This BlogThis! Share to Twitter Share to Facebook
Newer Post Older Post Home