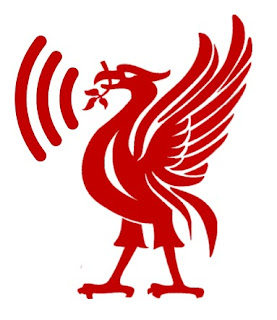 Host Michael Owen is joined by Richard Buxton and Jim Boardman in the first episode of The Anfield Opinion Podcast to talk about Dalglish, Torres, Carroll, Suarez, Stoke and Chelsea.


Podcast Powered By Podbean
Apologies for the poor quality at times, we're hoping to sort this in time for episode two.
Read More

Times Are A Changing 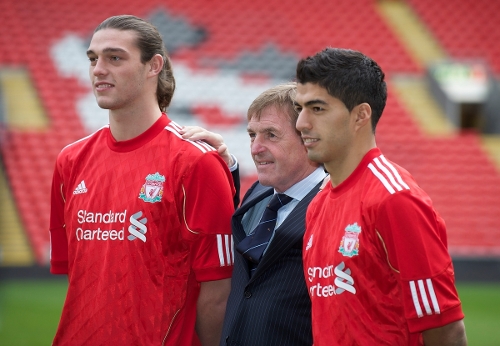 The last few years as Liverpool fan has been what can only be described as an emotional rollercoaster, and not an enjoyable one at that.

From the heady heights of Istanbul too the deep troughs that H+G dragged us through, for what I can only assume was their own amusement.

Since that win in Istanbul things at Liverpool slowly declined to a point that we were almost unrecognisable as a club. Who is to blame has been debated time and time again in every corner of the media and there is absolutely no revelation or benefit to be made from me throwing my two pence in at this late stage of that game.

I do feel it is worth discussing how the fallout from, what in a few years will be viewed as a small, but significant blip in our history is starting to turn in our favour.


So as it stands right now we have what definitely seems to me like the right men at the top with NESV, we also have, in the majorities’ opinion, the right man at the managerial helm.

It also can’t be denied we have the makings of a good first 11 in Reina, Carragher, Agger, Johnson, Gerrard, Meireles, Kuyt, Suarez, Carroll these are all top international players (Carroll aside...for now) that many other clubs would pay good dollar for.

There is no-one that can tell me this team isn’t capable of winning trophies, then if you were to look at the squad, you could add Joe Cole, Martin Kelly, Martin Skrtel, Lucas and Maxi to that and it proves it is not a bad squad at all. Certainly no worse than anyone in the top 4, the only difference is belief, which is well on its way back.

Of course, Torres is a loss, but many have made the same point in the past few days and hours, that better players have come and gone in Liverpool FC’s past but the club marches on to bigger and better things every time.

Within a year of Owen’s less than faithful departure we lifted our 5th European Cup, to compliment that when Keegan left, the following year we won the European Cup and some young Glaswegian whipper-snapper was on a path to becoming an LFC legend. I’m not worried about Torres leaving, I am disappointed though as I thought he was one of us, however the fact remains that Liverpool is bigger and better than any player, manager and any owner.

These tangible, if possibly coincidental facts are totally undeniable and prove that after big loss Liverpool FC are at their best when we have to fight against the odds, Istanbul and the H&G are absolute proof this is true. Yet, it’s not this fact that leads me to believe that the near future is much brighter for LFC, there was another key moment this year that at first glance really wound me up but after much thought really made me realise we are on our way back.

Following the reports in various newspaper and internet sites that LFC were interested in signing Charlie Adam, who then proceeded to dominate and embarrass the Man Utd midfield, Ferguson made the following statement:

“In the first half we were battered. We couldn’t handle Charlie Adam. His corners alone are worth £10 million, but we were terrible. I don’t know the reason for the first half. We were all over the place. Maybe we were too confident."

The relevant phrase is “His corners alone are worth £10m”, why inside all of that did he feel the need to mention how much he was worth. Even today, despite what the media may have said on Jan 31st Ferguson had no interest in Charlie Adam. The only interest he had in the value of Charlie Adam was what fee Liverpool FC may have to pay.

Ferguson is not a man to mix his word’s, his mind games have been well documented in the press over countless season’s, quite why Ferguson would take such a sideswipe at Liverpool out of the blue is now so obvious.

I’m certain he recognises that Liverpool, under the reign of King Kenny and with the support and backing of intelligent owners, Liverpool finally have a huge chance to build a successful league winning team. One thing is certain, when Ferguson target’s a team, a player or a manager there is only one reason, they are posing or about to pose a threat. Admittedly, Ferguson has been much more forthcoming in the past with his scathing remarks about Liverpool

These types of sideswipes from Ferguson and Liverpool’s ability to triumph during and following adverse circumstances convinces me that the future beyond this season will be the beginning of new era of success for a new generation of LFC fans. My belief in the current squad is growing as is my belief in our new owners and as for my belief in Dalglish that is unwavering.

I wonder what odds I would get on Liverpool winning the league next year, I honestly believe we will go very close in 2011-12.