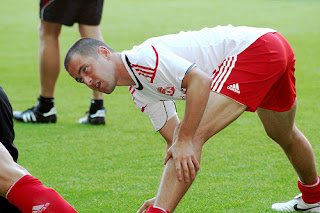 The former Chelsea man scored the final of Liverpool’s five goals in a game which saw Maxi Rodriguez net his first hat-trick for the Anfield outfit.

Cole has a had a hard time settling in on Merseyside since his move from London, having missed large parts of the season through injury and suspension.

Dalglish, however, believes the 29-year-old has the ability to bounce back from his poor start and says his goal against Birmingham could be vital for the England internationals confidence.

"Joe's goal wasn't a little contribution, it could be massive for him," Dalglish told his pre-Newcastle press conference.

"He has not had as many opportunities as he'd have liked because of injuries and suspension.

"Joe has had a difficult time here, so great credit to him for the way he has been training and working every single day.

"He hasn't let that affect him and that's all I can ask for - when anyone gets their chance, to go and do their best.

"And to his great credit, he is fantastic in training. He plays everything right and there isn't a problem."

Meanwhile Dalglish also stated he would not be commenting on individual players from other teams after being asked about Newcastle’s Joey Barton, who Liverpool had been linked to in some media reports this week.

The chances of Andy Carroll featuring against his former club Newcastle at the weekend are also still in doubt, with Dalglish failing to give a certain answer on the strikers fitness and suggesting he would not be willing to risk a half fit player.

"We don't know if he'll be fit. It's only Thursday so we've got a few days before the game," The Scot said.

"I don't think nature knows it's his old club Newcastle, so if he's not fit, he's not fit.

"For Andy it's a poignant game but if he's not fit, he's not fit. We can't do anything about that."