A far from perfect match: It's time for Roy Hodgson's Liverpool tenure to come to an end 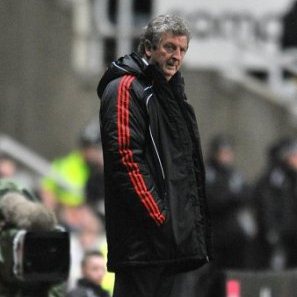 Roy Hodgson looks to be on borrowed time at Anfield. The fans have turned against him - the owners have lost faith in him. It seems now that only a miraculous turn around in fortunes for Liverpool can buy the 63-year-old some breathing space, and even then he would likely be replaced at the end of the season.

So desperate are FSG to end the tenure of Hodgson that they are willing to appoint a caretaker manager until the end of the season, a move they had previously been reluctant to make, seemingly opening the door for an emotional return to the Anfield dugout for club legend Kenny Dalglish.

Roy Hodgson brand of football has taken Liverpool backwards since his arrival. His task, to steady the ship in the midst of an ownership battle that dominated the opening part of the season, has not been accomplished. Indeed the only harmony Hodgson has created at Anfield is in the stands – where the supporters have unanimously decided he no longer has a place at the club.

Earlier this week Hodgson pleaded for more time at Anfield stating: "I'm hoping that one day I will get a chance to stamp a little bit more of my authority and philosophy on the team by choosing some more of the players,

"Although it's not often mentioned I've not been that active in the transfer market since I've been here."

Yet Hodgson provides no evidence that his philosophy is one which will take the club forward. Quite to the contrary, supporters believe he is having a detrimental impact upon the club with every passing game, with 95 percent of supporters, according to one poll, believing the manager should be fired immediately.

Hodgson makes a valid point in stating he has not been that active in the transfer market, but when he has ventured in it has produced mainly poor results. Paul Konchesky never has and never will be of Liverpool standard and whilst Christian Poulsen may have once been a good signing his purchase was several years too late, with the Dane being well past his best.

Without counting Joe Cole, who was initially chased by former managing director Christian Purslow, Hodgson’s only transfer that has paid off is Portuguese Raul Meireles, whose calm and controlled performances in the middle of the park have quickly endeared him to the Anfield faithful and ensured his name is always one of the first on the team sheet.

What makes it worse is that Hodgson has an annoying ability to deflect blame away from himself. Expectations of the supporters are too high, he claims, and the squad isn’t that strong, nor has he had enough time to make his own mark upon it. Oh, and let’s not forget, Hodgson is the LMA Manager of the Year, with 35 years of experience.

Speaking after Hodgson had made comments about his inheritance at Anfield, Rafael Benitez said: "I left that squad with £300m value, 13 internationals. So, instead of talking about flips and flops, he (Hodgson) has to concentrate on his (own) job."

Benitez’s comments painted somewhat of an overly positive picture of what he had left behind. Whilst there were thirteen internationals in the squad one of the leading stars, Javier Mascherano, was all but gone as Benitez departed, whilst during Benitez’s last season the same squad had failed to qualify for the Champions League.

But his point was still a valid one. If Roy Hodgson had bemoaned his inheritance or stated that fans expectations were too high when sat just outside the Champions League places then it may not have sparked such controversy, but to do it when Liverpool are languishing in the bottom half of the table, closer to the bottom than the top, it is inexcusable.

It is the job of the manager to get the best out of his players. At Blackpool Ian Holloway is doing an astonishing job in steering Blackpool away from the relegation places and into the middle of the table  in their first Premier League season. On paper Holloway’s side are relegation fodder, but when put together properly the team as a whole are better than the sum of all their parts – that’s the synergy created by a good manager.

Roy Hodgson has failed to do this and there’s no real sign that he’s starting to put it right. For every good performance there’s a handful of poor ones, every time a corner seems to be turned Liverpool slip up and are back where they started.

Yet Hodgson continues unfazed, at times suggesting the teams form is acceptable. After Liverpool suffered a humiliating defeat against Everton in the Merseyside derby this season Hodgson came out and praised the team for their second-half performance – a clear sign of how out of touch he is with the supporters

That is the main reason Hodgson isn’t suited to Liverpool, he doesn’t understand the fans and their expectations, he doesn’t and seemingly never will enjoy the relationship with the supporters that have been enjoyed by managers of yesteryear and ultimately that’s why it’s best for both parties to call it a day and end Hodgson’s reign at Anfield.


Want to try your hand at fantasy football betting? Get a free trial with PickLive courtesy of The Anfield Opinion here.
Posted by Michael Owen at Tuesday, January 04, 2011