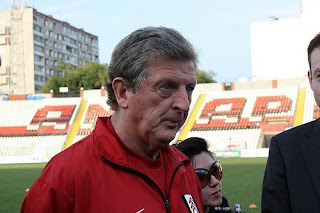 The appointment of Roy Hodgson represents a new chapter in the history of Liverpool Football Club – one which will split opinion amongst the clubs supporters more than the previous three years under Benitez, Hicks and Gillett.

Despite what many pundits may say Rafael Benitez was not the primary reason for Liverpool’s fall from the top over the past season. Rather the problem lies at the door of the current owners, who look unlikely to leave Anfield in the near future.

Taking this into consideration it’s integral that Liverpool supporters and the board figure out what can be considered as success at Anfield over the course of Hodgson’s tenure.

At present the Liverpool squad is one which lacks depth and has faced a lack of investment for three years. Add to that the speculation that a number of top players may be ready to leave and you have a rather poor looking team going into next season.

Hodgson will no doubt have to work under the severe budget restraints which attributed to the downfall of Benitez before him which means it’s unlikely we’re going to see any bids for top players from around the world. Not that we could attract them, of course.

All the evidence would suggest Liverpool, at least on the pitch, will look a lot weaker outfit going into next season and fans expectations need to adjust in line with what’s happening at the club.

Newcastle supporters have had an overly-high opinion of where there club should be since their title challenge under Kevin Keegan – something which has led to the club having a succession of managers who lasted little more than a season purely because they were deemed to not have reached the high expectations set by the Geordie faithful.

As Liverpool supporters we need to ensure we don’t fall into the same trap. There’s already enough uncertainty surrounding what’s going on in background at the club without spending season after season worrying about the arrival of yet another new manager.

Lots have been talking about Roy’s ability to bring the team together and take us back to the Champions League. For me it simply won’t happen, at least not in his first season in charge. Hodgson may well have the experience needed to unite this seemingly divided squad but he won’t be able to do it without new owners.

Even with new owners this rebuilding process will take time and unless we give Hodgson, or any other appointed following a takeover, that time then Liverpool FC simply won’t progress. In fact we’d be more likely to slip further and further away from the top.

There’s no quick fix at Liverpool Football Club and fans have to understand that otherwise things could get a whole lot worse, with Hodgson or without him. 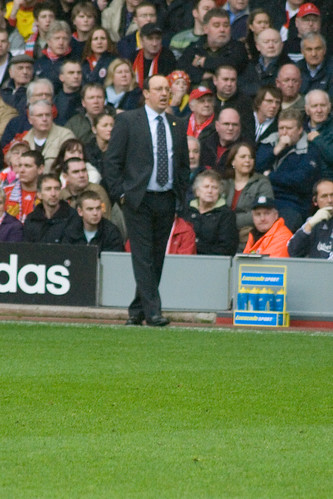 On the 25th of May 2005 I was sat in the Ataturk Stadium, Istanbul. The players were walking out of the tunnel and my Dad turned and said to me “You’re not going to enjoy this”. He was right.

Through 90 minutes of football, 30 minutes of extra-time and an agonising penalty shootout I went through more emotions than I’d been through in my entire life from excitement to despair, disappointment to utter euphoria and the lowest of the low to top of the world all over the course of one football match.

I remember after one particularly gloomy night of football at Anfield I asked my Dad if I’d ever see Liverpool in a Champions League final like Manchester United in 1999 – he told me he wouldn’t put money on it.

Remembering that moment whilst sat in the ground in Istanbul made me not care about the result, win, lose or draw I’d seen Liverpool get to a European Cup final in what was a roller-coaster ride of a tournament which saw the Reds see off the likes of Juventus, Leverkusen and Chelsea.

When I saw Steven Gerrard lifting the trophy that night it made me dream of past glories I wasn’t lucky enough to be around for, it made me believe Liverpool FC could go on to conquer the world.

That belief was created by Rafael Benitez.

Despite what the pundits may say, he didn’t disappoint in his six years in charge at Anfield. Aside from the fantastic Newcastle games under Evans and the FA and UEFA Cup wins under Houlier Rafael Benitez and his side provided me with my best memories of being a Liverpool supporter.

In the past six years I’ve seen Liverpool see off some of the best in Europe. Spanish giants Barcelona and Madrid have fell at the hands of the Rafalution, as have AC, Inter and Juventus. On the domestic front I’ve seen us thrash United, defy Romans Russian millions at Chelsea and, oh, yeah, beat Everton more times than I can remember.

I’ve been astonished by brilliant performances from players like Fernando Torres, Javier Mascherano and Xabi Alonso, whilst I’ve been utterly wowed by Steven Gerrard and Jamie Carragher who have both become world-class players thanks to Benitez.

For three years I thought Liverpool FC could do about anything. In 2005 we secured the European Cup and Super Cup. In 2006 we brought home the FA Cup and Charity Shield and in 2007 we reached the Champions League final again.

But just months before our close defeat at the hands of AC Milan a lethal dose of poison was inject into the veins of the club I love, that poison was Tom Hicks and George Gillett.

Now, three years later, I have grown to hate our happy-go-lucky American owners and what they’ve done to Liverpool Football Club and the manager I felt could take us to new heights.

Where Benitez wanted Villa the board offered Voronin, when Silva was sought after all that could be afforded was Riera and there was certainly no sign of Snoggy Doggy.

Despite the sometimes questionable tactics, often strange policies and a notably stubborn attitude I truly believe I’d be talking about Liverpool FC –English Champions if Benitez had signed who he wanted to over the past six years. Alves, Simao, Silva and Villa are just a few names the boss missed out on and that cost the club dearly.

The boardroom battles that he fought to try and get as much as he could to take the club forward eventually broke him and a disappointing season was the result, but for five years before that Rafael Benitez turned Liverpool FC from falling stars to European powerhouses and for that I commend him.