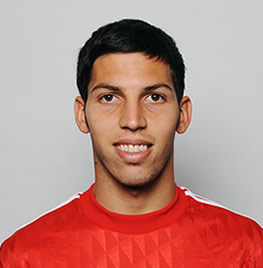 With recent reports suggesting promising youngster Dani Pacheco is unhappy with life under Roy Hodgson, it has to be asked just how suited the veteran manager is to take the club forward and work with the philosophy set out by new owners New England Sports Ventures.

Both The Times and The Independent reported on Thursday that the Spanish Under-19 international had become frustrated with a lack of first team opportunities since he was dropped from the squad following the Reds now infamous loss at the hands of Northampton Town in the League Cup.

It’s not the first time a member of the first team squad has fell out with Hodgson, with Glen Johnson having a well publicised rift with the former Fulham boss, whilst Pepe Reina is also speculated to be concerned at the direction the club is heading under the current manager.

This is however the first time a young player has been reportedly at loggerheads with Hodgson, which will no doubt spark concern amongst senior figures at NESV, including John W Henry, who have placed particular emphasis on developing Liverpool’s promising talent in to world-class players.

Hodgson’s apparent lack of time for Pacheco isn’t the only thing which shows him as the wrong fit for the NESV ethos however, with his signings since arriving at Anfield being much older than what is expected by John W Henry and co.

In fact the average age of the players Hodgson has signed since coming to Anfield is 28.6 (Not including Danny Wilson, as the groundwork for his deal was completed under the previous regime). Whilst the average age of players sold by Hodgson comes to 23.

Of course these deals were made under the previous ownership, which meant Hodgson had an incredibly limited budget which undoubtedly left him searching for bargain deals in the summer transfer window.

However this isn’t an excuse for not trying to attract younger players to Anfield, with clubs such as Arsenal attracting a lot of promising players without having to break the bank to bring them to the club.

If Dani Pacheco is to leave in January it may represent one of the worst transfer decisions made in the clubs history, selling an extremely talented prospect, likely for very little money, without giving him enough of a run in the first team to prove himself good enough.

Whilst Jay Spearing, Martin Kelly and Jonjo Shelvey have been given some time in the starting eleven this season, Roy Hodgson must understand that our academy and reserve squads are filled with talented youngsters desperate for a chance in the first team, and filling positions with experienced journeymen simply won’t cut it with either the supporters or the owners.