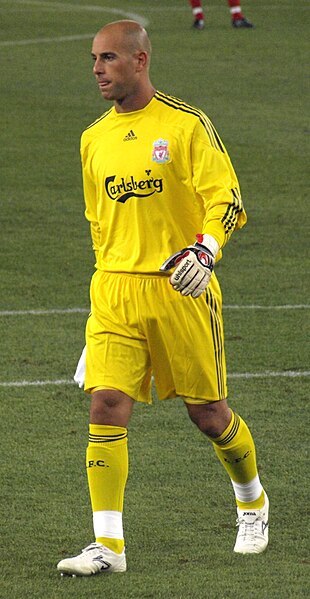 In a recent interview Liverpool goalkeeper Pepe Reina claimed that the Reds still have a chance of finishing in the top four positions in the league. This Sundays game at White Hart Lane may well back-up that claim or help Liverpool’s critics to further dismiss it.

Speaking about Liverpool’s top four chances Reina said: “[It is] possible; why not? But we have to be sure that we deliver better performances otherwise it’s going to be really, really, really difficult.”

For the most part the Spaniard is correct in what he says. Statistically Liverpool can still finish in the top four, but going on the point’s totals in recent seasons this would take what would be considered championship winning form to come to fruition, with the majority of games – home and away – needing to be won.

It seems though that Reina, seen to be one of the iconic figures at the club and a potential future captain, is of a much different few to his manager, Roy Hodgson, who in the build-up to the Reds trip to London played down Liverpool’s hopes when on the road.

When asked about his team’s chances when playing away from home this season Hodgson said: “I believe if we continue to play the way we did against West Ham we may get one or two but it is the level of performance which counts.

Clearly Hodgson’s expectations from the season differ from that of Pepe Reina, with significantly more than “one or two” away wins needed for the Reds to be competing for a top four place, or for that matter even a place in Europe.

In the managers defence this could just be a tactic to try and settle his players, choosing to try and take the pressure off them by not setting the bar too high and thus allowing them to walk out on Sunday feeling a little less pressure from the boss.

But critics will argue that confidence breeds confidence, and a team that go in to a match having been told they can win will be much more prepared for the challenge ahead.

So far this campaign Liverpool’s form has been too volatile, with good performances, such as the one against Chelsea, being followed by the poor performances, in this example against Wigan and Stoke.

If Liverpool want to be pushing for the top places in the league this season then they must dramatically improve both their consistency and performances on the road – starting with the game against Tottenham on Sunday.