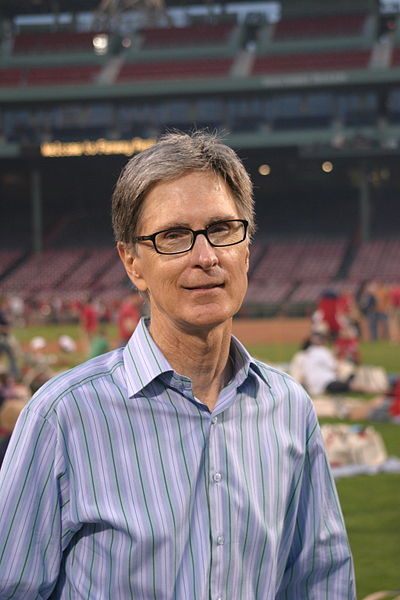 New England Sports Ventures may been seen as a welcome change after the troubled reign of Tom Hicks and George Gillett, but the soon-to-be new owners must make swift changes if they are to win the trust of Liverpool supporters.

The debt currently placed against the club will be the first major hurdle the new owners will have to overcome. Club chairman Martin Broughton has stated that the acquisition debt will be fully paid off as a part of the deal, which is supposedly worth around £300m, but that still leaves a chunk of debt on the clubs accounts which will need to be addressed.

Since February 2007, when Hicks and Gillett arrived on Merseyside, debt has been a word thrown around almost constantly, and certainly not in a good way. In truth Liverpool can handle the burden of some debt, but the debt has to be sustainable and not have a negative effect upon Liverpool’s ability to compete with those at the top of the Premier League.

Another point of financial concern would be the investment in the squad. NESV will have to invest a fair amount in the squad so that Roy Hodgson, or potentially a new manager, can build the team to a level where they have the ability to compete for a place in the Champions League.

This does not have to represent an endless pit of money to be spent on players, if enough is spent to take Liverpool back to the top four then the increased revenues that come with Champions League football and considerably smaller debts should provide the manager with funds for players in the future through the reinvestment of the profits the club makes.

The stadium is the next major issue the new owners would have to handle. Speaking on Wednesday Martin Broughton said that all options would be considered when it came to increasing the numbers which Liverpool can take in every home game, and the option to redevelop Anfield wouldn’t be ruled out as an alternate to a new stadium.

Indeed with their other major sports investment, the Boston Red Sox’s, NESV opted to redevelop Fenway Park as opposed to building a new stadium, in doing so they increased the clubs capacity to accommodate supporters whilst also keeping the history and tradition of the club intact.

Possibly the most important thing the new owners must do, though, is engage with the fans so as to get an idea of the best way in which to take the club forward.

This is something Tom Hicks and George Gillett never did, and they paid heavily for it. Liverpool is a club of great history and tradition, it’s clear the new owners will not have an expert knowledge of such things but a willingness to learn is all that is asked.

Fan representation should be seriously considered, a fan base which feels as though it’s voice is being heard is a happy one. The happier the fans are the more willing they will be to part with their hard earned money on merchandise, tickets and other such items.  It’s a win-win situation, the fans get sympathetic owners and the owners see stable and large revenues through products aimed at supporters.

Whether any of this happens will be seen in due time. Liverpool is at yet another crossroads and after going backwards under Hicks and Gillett it now must be built back up into a respectable club fighting for honours in England and Europe. Then and only then can it begin to progress, as was expected in 2007, in to a club among Europe’s elite.

These are of course businessmen, as with Tom Hicks and George Gillett, but there is good, respectable, ways in which to do business and then there is the Hicks and Gillett way. Should all the legal issues surrounding the civil war in the boardroom be sorted, and the takeover finalised, then Liverpool supporters will have to hope John Henry and co are respectable businessmen and will treat the club how Hicks and Gillett never did- the Liverpool way.