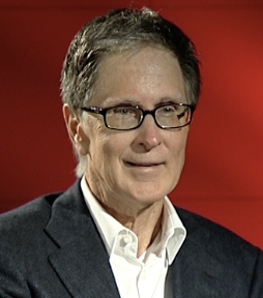 With recent reports linking Pepe Reina and Fernando Torres with a move away from Anfield it was crucial that someone at the club came out and issued a hands off warning to clubs showing interest in the two Spaniards.

Reassuringly, the person who looked to quell the rumours was new owner John W Henry, stating it’s integral Liverpool keep their top players in order to become a trophy winning side once again.

In an interview with Liverpoolfc.tv Henry said "We have recently read stories about our intentions for the forthcoming January transfer window and have a sense of humour about this type of inevitable speculation.

"As everyone knows we are new to English football, but not to sport, and we are studying all options. Opportunities and value will drive spending in January and in the future.

"Our clear focus from day one of our ownership has been - and will be - to improve the club and focus on what it will take to put Liverpool FC consistently in a position to challenge for trophies.

"We intend to build this club the right way.

"Stories about our top players leaving are destructive and unwarranted but we realise that this kind of speculation is also common.

"We intend to build on the strength of the current squad, not undermine it. And I can reassure our supporters that we have no intention of allowing the team to be weakened going forward."

It wasn’t just a message to clubs interested in the pair, it was a statement aimed at any currently unhappy players and, of course, the supporters who are no doubt worried about the future of a number of star players.

It’s another example of the Red Sox owner making a calculated decision about what to say and when to say it. The statement is a firm dismissal of key players leaving but it also doesn’t give the media any fuel to add to the fire.

One sentence in particular sticks out “Opportunities and value will drive spending in January and in the future.”

It’s obvious to anyone that Liverpool now have money, but the boards reluctance to begin a new era with a number of marquee signings is an important long-term tactic.

If Roy Hodgson (or whoever is in charge come January) were to spend tens of millions on new players then in the future clubs would know Liverpool would be willing to spend big, and thus the price of their star players would increase.

A reluctance to be held to ransom will be integral to the future success of the club, both on it and off it, the team can improve at a natural pace and not face the same problems in trying to gel that have often hindered the likes of Manchester City and Real Madrid.

The decision not to go all out in January also shows New England Sports Ventures long-term commitment to Liverpool. There’s no search for a quick profit here, everything will be done in the best interests of Liverpool Football Club.