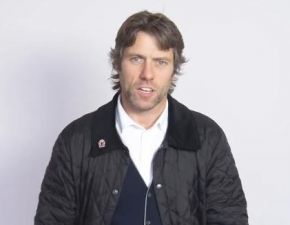 I'm sure Tom Hicks has read many different letters starting with the words ‘Dear Mr Hicks’ over the last three years.

None, however, will have sent as much of a chill down his spine as when he turned on his computer today and read the multitudes of internet content entitled ‘Dear Mr Hicks’.

The three word phrase, for those who don’t know, is the slogan for the viral video campaign against the Texan businessman’s continued presence as the owner of Liverpool Football Club.

The video, created by Hollywood producer Mike Jefferies, features a number of famous Liverpool supporters from music stars, to actors to local celebrities.

John Bishop, Steve Graham and John Aldridge are just some of the famous faces who have featured in the just under seven minute long video, alongside a host of everyday Liverpool supporters simply expressing their opinions about one of the main offenders in Liverpool’s downfall.

The video has been an instant success, racking up thousands of views within hours of being posted on video sharing site YouTube, with the Twitter hash tag associated with the video (#dearmrhicks) being one of the top trending comments on the social networking site.

There’s no doubt this will soon be passed on to Hicks, who is rumoured to still be searching for refinancing whilst the independent members of the Liverpool board currently consider two new bids for the club.

On behalf of The Anfield Opinion I would like to thank Mr Jefferies for his work on the video, not to mention those who gave up large parts of their weekend to star in the clip.

The video can be viewed here