The Search For Adventure 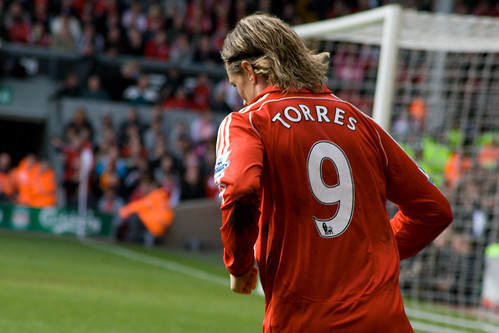 Most fans would agree that Sunday’s performance was very much below par, and in the league (the Arsenal match apart) this has been the norm. Given the circumstances of that Arsenal game, Liverpool were fairly comfortable, defended well, created chances with 10 men and were desperately unlucky not to have taken all 3 points, since then Liverpool have failed to do all those things equally in the same game.

Against Manchester City they never really threatened and failed to defend as a unit, against West Brom, Fernando Torres was the hero (sorry Mr Redkanapp JR) in a game where they failed to create genuine clear cut chances and were put under pressure from a spirited but inexperienced side. Last weekend’s game against Birmingham was in some ways the worst performance of the season so far, the home side were just plain unlucky to find a goalkeeper on top of his game, at times the defence was pulled all over the place and failed to defend set pieces with any great deal of conviction and the attacking threat was almost null & void, which was a team thing rather than individual.

Sunday’s game against Manchester United while poor, did offer some hope. Yes the pressure on the ball was missing and the failure to defend set pieces again reared its ugly head but at times Liverpool had good possession, controlled possession too, despite (Sky co-commentators) Alan Smith continually bleating on about their failure to do so. Chances were at a premium and it might be easy to overlook the fact that both Liverpool goals came from set pieces and were the only two shots on target.

The adventure that many pundits keep on mentioning can only come from good controlled possession in advanced areas, or from pressure high up the pitch. It could be noted that with maybe two or three exceptions the team put out on Sunday was our strongest 11. Poulsen, Gerrard and Merieles all worked hard and looked a good midfield trio, yet Maxi and Joe Cole didn’t really get into the game which negated the effectiveness of the team as an attacking force.

Sunderland up next at home, in a game which Liverpool need to dominate like they did last season, a performance that had controlled advanced possession, great pressure on the ball and excellent individual performances, something which has sadly been lacking since, this game may be the real litmus test for Hodgson’s team, you can only be a work in progress for so long.