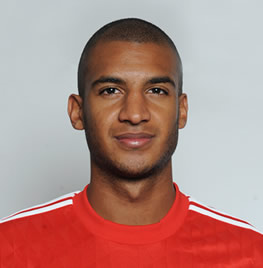 ''When you play instead of Fernando people will always talk but I have confidence in him", said Rafael Benitez in April 2010.

Our ex-gaffer was right, we all know this. Replacing Fernando Torres never is easy, especially for such a young lad as David N'gog (21 years of age). Some do not believe in him. They think he lacks strength, and he’s not a Liverpool quality player. But the truth is He’s still a young player , he’s still developing his skills, and it is observable, you have to admit. That is pretty important.

David N'gog arrived from Paris Saint Germain for a fee of £1.5 million in the summer of 2008. He was described as one French football's hottest young talents, despite only scoring one goal in 18 league appearances for PSG during the 2007-08 season and caught the eye playing for the French Under-19 side.

A hell of a goal: David N'gog against Arsenal

He may not cover himself in glory when filling in for Torres and did not win over the Anfield faithful with his five goals in 24 starts in his second season, but proved himself capable of playing in the top flight.

Last season, where he had the opportunity to play more often, due to Torres injury problems, he scored 17 times; 10 were League goals.

Like I said: he’s developing. He’s taking his chances and is trying to improve and to show his qualities. He may lack the coolness in front of goal of more experienced strikers, as some say, but didn’t he prove himself for Liverpool in the Europa League clash against FK Rabotnicki, and scored the two goals which gave us the victory? This season he has already scored the only goal in the opening League encounter against Arsenal. Even more, he did it at home, in the front of the KOP, where the pressure is massive. Doesn’t that count?

David is quick and powerful. Just think of his brilliant run against Arsenal; many pundits had to look twice, as they were astounded by his performance.

He may not be the first-choice striker. Fair enough. He surely will have to dismount his time on the bench, when Fernando Torres returns to the squad, but, as he said lately, he does not mind, as he’s glad Torres is back again. An attitude the likes of Ryan Babel can learn from, right? In this hard time for our club we need team players like N'gog, with his attitude, talent, commitment and learning ability.

He may not have shook the league like Torres did, but every player is different. However, since we are broke, and expensive players are more out of reach than the Premier League title, we have to invest time and patience – particularly patience - in developing the ones we have. They need chances to play as this is the only way they can develop properly.

David N'gog scored important goals for us, and we won matches thanks to his goals. So let’s stick with him, and let’s support him. We shouldn't hurry with criticising, and looking for negatives where there aren’t any. The development is there, and with patience and support David Ngog can prove the critics wrong, and become a great Red.

Thus, we have quality in our squad. N'gog is a quality player. There is always a lot of talking with less patience, and no understanding. Our job is to support our players. So let’s do it properly.

Great post and well put, his run against Arsenal on the back of multiple offsides is just proof that there is a lot for him to learn but when he gets it right, it's sensational.

Like you said, we all had a double take because it was a hell of a finish.