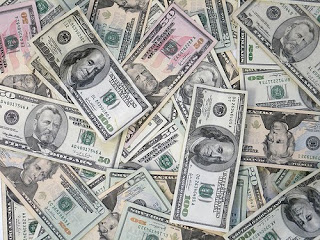 A successful business has the primary concern of making as big a profit as possible, with the sole aim of pleasing its shareholders.

A good business has no real concern for anything other than profit maximisation, though sometimes it may work towards other things but only in an attempt to ensure further success for the business in the future.

One of the major weaknesses of all business models is the humans that run it. A perfect business would run without humans, without the mistakes that come with being human and without the emotions people posses.

A perfect business would have no real concern for its impact on people so long as it continues to maximise its returns.

That’s why a football club can never be a perfect business.

Unfortunately that message hasn’t got through to Liverpool’s current owners Tom Hicks and George Gillett.

I don’t have to tell you what the two American tycoons have done to Liverpool FC as so many people with much better knowledge of the inner workings of Liverpool Football Club have done it time and time again, but to put it simply they’ve single-handedly undone nearly a decade of rebuilding at Anfield.

That’s why us, as fans, must act now in order to ensure the same mistakes aren’t made in the future.

Tom Hicks and George Gillett’s tenure at Anfield is set to end sometime in the near future, with the club officially up for sale and taking bids.

The sale process has admittedly been slow, with many potential bidders put off by what they perceive to be an overly-high asking price for the club. But with some pressure from the banks there’s no doubt a sale will be forced through over the next couple of years.

But in order to ensure that yet more businessmen don’t take the club for all its worth fans must have their place on the Liverpool board.

Considering I’m a member of Spirit of Shankly –The Liverpool Supporters Union – it’s probably a surprise that I think that fan ownership is an unrealistic prospect for the club. To put it simply I believe there’s not enough fans who will put in enough money in time for the sale of the club.

However, what is certainly a prospect is fans owning a stake in the club which will give them voting power on all major decisions.

It may not be the ideal situation but even being a minority shareholder will give fans a voice and that’s what needs to happen once Tom Hicks and George Gillett finally head out of Anfield.

Whilst a football club can never be a perfect business there is still money to be made and there’s certain to be a number of parties who want to profit from Liverpool Football Club. What fan representation ensures is that those who are out to make money don’t do it to the determent of the club.

That’s why I support the Spirit of Shankly/ Share Liverpool Credit Union scheme which will help bring about at least some form of fan representation.

If you’re concerned about the future of the club I suggest you support the scheme to, otherwise it may mean the club moves from one set of renegade owners to another.

I'm afraid you are right in suggesting fans are unlikely to ever own 100% of the equity in a club the size of Liverpool.
Personally, I am also sceptical that a future owner would welcome fan participation either. Fans want to act as a 'poison pill' to prevent future sales, asset sales or profit maximisation for shareholder dividends. It is not in the interests of a professional investor to allow this to happen.
My view is that there is now a need for government intervention. Football clubs are too important culturally (and economically) to be treated like other businesses. Legislation needs to be considered that forces on owners fan representation at board level or a minimum supporter ownership level.
Having thought about this for sometime, my view is that clubs should be reorganised as democratic cooperatives or membership clubs who own a licence from government (or a regulator) to act as a professional club in a particular locality (a franchise in fact). The memberships could then licence to management companies the right to represent a club - Liverpool FC in this case - and exploit the relevant rights. If the management company fails to meet the supporters/members objectives (which could be defined in sporting or commercial terms) they would simply loose the rights at the end of the period (say 5 years) and a new team could bid for the rights.

My scenario would say see consortiums of sports execs with maybe a particular coach forced to pitch to supporter groups as part of a competition as to why they should be awarded the right to manage the club for a period of time.

Of course issues would need to be considered, not least who owns the stadiums - membership clubs, commercial rights owner or a third party such as a local authority and the players (possibly contracted to the league).

To realise this sort of change will require political action. It was disappointing to here from candidates at the last election in Liverpool that the club was not an issue on the doorstep.