Selling Fernando Torres would be a mistake, despite what 'Lawro' says 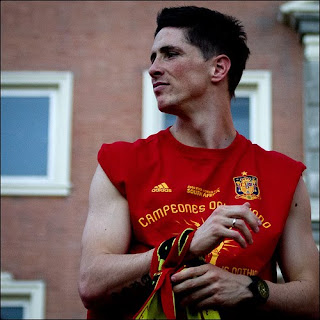 According to ex-Liverpool defender Mark Lawrenson, selling Fernando Torres would have a number of positives for Liverpool Football Club.

Talking on BBC Radio Lawrenson spoke of how Torres simply hasn’t played enough games for Liverpool and should someone like Chelsea come in for the Spanish striker then Reds officials should seriously consider accepting the bid.

Mark goes on to talk about how the sale of Torres would allow Hodgson to add two or three quality players to his squad and really challenge for a Champions League spot.

Of course, there’s many a problem with this short-sighted opinion.

Firstly Lawrenson makes the rather large presumption that Roy Hodgson would be handed the full proceeds of the sale of Fernando Torres, a presumption which totally breaks down his argument when looking at Liverpool’s net spend record under the current ownership.

A number of players have left the club in recent years, including the world-class Xabi Alonso, yet the club have failed to offer the full proceeds of the sale to the manager, resulting in positive net spend for a succession of transfer windows.

It would also be no forgone conclusion that the club could attract two or three quality players after the sale of Fernando Torres.

The sale of the clubs star-striker would send out a clear message to any new players coming to the club that money is more important than success, and no player, no matter how much they are paid, would want to work under those conditions.

When Fernando Torres arrived at Anfield Liverpool hadn’t had a top-quality striker since the departure of Michael Owen in 2004, and even the now-Judas striker didn’t live up to the standards of Ian Rush and co.

Selling Torres would just result, at best, in the signing of three-players who can ‘do a job’. Players who ‘do a job’ seem to have become somewhat popular at Anfield as of recent and most of them have failed to impress the Anfield faithful.